GOODWILL® CONGRATULATES FIRST ROUND WINNERS OF THE THIRD ANNUAL NEIGHBORHOOD CHALLENGE
Goodwill Industries Serving Southeast Nebraska, Inc. kicked off the start of summer once again with the third annual Neighborhood Challenge, which began May 1 and continues through September 19. The five month long event is a friendly competition between the neighborhoods of Lincoln, NE and promotes community involvement through neighborhood cleanups and garage sales. The Challenge is divided into two rounds. The top two neighborhoods in each round that collect the most items to be donated to Goodwill receive cash prizes to invest back into the community projects of their choosing.

Five neighborhoods participated in the First Round, which ended July 11, and collectively donated over 18,000 pounds of miscellaneous clothing, furniture, and household items to Goodwill. The first and second place winners of this round were the Highlands Neighborhood Association and the Meadowlane Area Residents’ Association, respectively.

Each of the five neighborhoods that participated collected over 3,000 pounds of donations, which made this competition the closest it has ever been. Because all the neighborhoods were within a few hundred pounds of each other, a small cash prize was awarded to each for their efforts and hard work.

“Goodwill continually strives to strengthen the Lincoln community through our programming, support of other local non-profits, and our recycling efforts,” said Amanda Hamilton, Communications Director for Goodwill. “This is a unique way for Goodwill to share its mission and promote community while supporting individual neighborhoods’ visions of their own stronger community.”

The Second Round began July 12 and continues through September 19. Neighborhoods interested in more information or would like to have Goodwill present at their neighborhood cleanups and/or garage sales can register at http://lincolngoodwill.org/get-involved/host-a-donation-drive/neighborhood-challenge/. 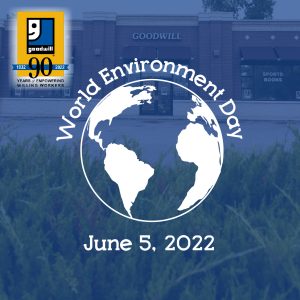 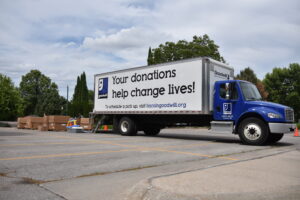 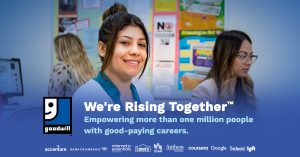 Goodwill Introduces New Partners to Rising Together™ this Week 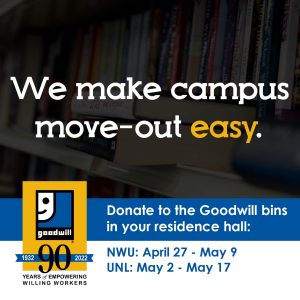